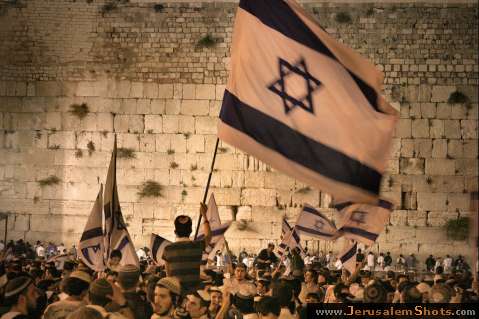 "Enough of the Jerusalem Mantra." That's the title of a guest commentary on the Washington Post/Newsweek "PostGlobal" site by Daniel Seidemann, a Jerusalem attorney and founder of the Israeli NGO Ir Amim, which works for "an equitable and stable Jerusalem with an agreed political future." Seidemann, an American who took Israeli citizenship 35 years ago, writes that he has a unique stake in the American presidential election:

Because like in past elections, the candidates and their surrogates are trying to use me - my life, my city - to score points with voters, bolster their pro-Israel credentials, and attack their opponent.

How? By insisting, in both party platforms, that Jerusalem is the "undivided" capital of Israel, even if the Democratic Party platform adds in a contradictory way that its final status is subject to peace negotiations. But, says Seidemann,

Almost eight years ago, at Camp David, Israeli Prime Minister Barak put Jerusalem on the negotiating table, decisively shattering the Jerusalem mantra. And all the "armchair-Zionists" in the American Jewish community, hunkered down in the bunkers of previous wars, and all the self-proclaimed "Christian Zionists," who secretly aspire to turn Jerusalem into an Armageddon theme park, can't put it back together. This game-changing move led to the recognition that the only path to resolving this conflict is a two-state solution involving the political division of Jerusalem, with Jewish neighborhoods becoming the capital of Israel, and Arab neighborhoods becoming the capital of Palestine.

Israelis appreciate the Democratic and Republican parties' support for Jerusalem as our capital. But this support is hollow. Only with the establishment of a Palestinian state with east Jerusalem as its capital will Israelis enjoy the crowning achievement of Zionism: universal recognition of West Jerusalem, Yerushalayim, as our capital, emblematic of the unconditional acceptance of the Jewish State among the family of nations.

I have argued before on this blog that many Israeli leaders have made suckers out of American Jews and other American supporters of Israel over the question of Jerusalem, a city that has grown over the past decades by annexation after annexation and now spreads far, far beyond the boundaries of the ancient capital of Israel. And yet too many Jews act as if every square inch of the modern city were somehow sacred, Biblical ground. The very notion that East Jerusalem should be part of Israel is meant to obscure and obfuscate the theft of Palestinian lands by the Israelis. That is why I and many others were so disappointed when Barack Obama went before the American Israel Public Affairs Committee and repeated this mantra, one of his first (but not last) acts of blatant pandering to a particular consistuency. One can only hope that a President Obama would see things more clearly once he is in office.

There's a big world out there department: While we have been worrying about lipsticks on pigs, the people of Haiti are struggling to survive the effects of Hurricane Ike. On yesterday's edition of the progressive radio/TV show "Democracy Now!" host Amy Goodman devoted a great deal of the program to the relief efforts there, which are not very impressive. Please give the show a listen.

You can fool half of the people all of the time: An interesting read from Bob Cesca at The Huffington Post about the current state of electoral affairs.

Lying liars update: New York Times reporter Larry Rohter does a nice job of debunking the McCain sex education attack ad against Obama in today's paper ("Ad on Sex Education Distorts Obama Policy.") As I said in the previous post, the news media does seem to be taking the attitude that lying is itself a news story--giving hope that McCain will not be able to get away with it in the end.

End of the world department: With the Large Hadron Collider up and running, we journalists are closely monitoring the danger it might be posing to our planet and the universe at large. For regular updates, please click on this link: http://hasthelargehadroncolliderdestroyedtheworldyet.com/

Photo: RomKri
Posted by Michael Balter at 8:37 AM

"That is why I and many others were so disappointed when Barack Obama went before the American Israel Public Affairs Committee and repeated this mantra, one of his first (but not last) acts of blatant pandering to a particular consistuency. One can only hope that a President Obama would see things more clearly once he is in office."

Give the poor sod a chance. He don't know nuffink about the Middle East, and why should he? He's from Middle America.

I think, unfortunately, that the leaders and people of the US, and more particularly the media which feed information to them, are being held captive by certain aggressively pro-Israel lobbies  working around the DC area.  These lobbyists promote the worst and most "acquisitive" policies of whatever government is in power in Israel at any given moment.  And they don't necessarily bother to inform themselves, or anybody else, that all Israelis don't necessarily stand behind this.Which is one reason why Palestinians get brushed with the "terrorist" brush(all of them), and the current outrages in Palestinian territories get under-reported. And the idea of Jerusalem as an "Israeli" capital, gets over-reported. My opinion? Turn it into a World Heritage Site and let the UN run the place.
Anne G

"One can only hope that a President Obama would see things more clearly once he is in office". I saw an interview on BBC TV with a woman who was his foreign affairs advisor at the time (Power was her name, forget her first name). Anyway she spoke a lot of sense on the above subject. The interviewer couldn't actually get her to say Obama would be prepared to talk to Hamas but she certainly implied he should do. Gave me hope, but she had to resign because she called Hillary "a monster", which I thought was a fair assesment but never mind.

"Turn it into a World Heritage Site and let the UN run the place". Great idea.

That would be Samantha Power, widely admired for her principled human rights stands. She would be a terrific advisor for Obama if he is elected, and I agree about the monster quote--well deserved at the time. And possibly now, as Clinton is doing little to help her party beat back the Palin onslaught.