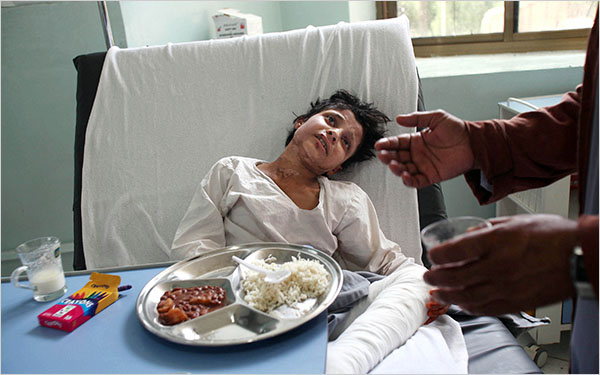 Many readers of this blog will have by now read the front page story in today's New York Times about the many civilian casualties caused by U.S. airstrikes in Afghanistan's Farah Province last week.

The Bush adminstration failed utterly to honor its obligations under the Geneva Conventions to protect civilians in times of war and to avoid airstrikes that would put them at risk. When such atrocities did occur, which was often, Bush and company blamed the Taliban and al-Qaeda for putting civilians in harm's way by sheltering in their villages--an excuse also used by the Israelis to justify their wanton, indiscrimnate violence in Gaza in a failed attempt to root out Hamas.

The moral bankruptcy of such excuses was clear to many during the previous administration. The airstrikes last week, which may have caused more than 100 civilian deaths according to Afghan officials quoted in the Times article, demonstrate that the administration of Barack Obama is continuing Bush policies in Afghanistan. Worse, an administration that has given considerable lip service to human rights, and even taken a few good steps to protect them here and there, is demonstrating daily that it has complete and total disregard for the lives of Afghan civilians. As always, they are merely "collateral damage" in this blind attempt to "win" in Afghanistan.

Photo: A 12-year-old recovered at a hospital in Herat, Afghanistan, from burns suffered during an American airstrike on her village/ Joao Silva for the New York Times.

Is Twitter Worse Than Useless? One of my colleagues sent this Gawker link around, concerning a false rumor about the California Supreme Court overturning the voter-mandated gay marriage ban. Read it and weep, or read it and Twitter it?