My good friend Alice Greenfield McGrath died yesterday, age 92. A fighter against injustice all her life, she is probably best known as the model for the character Alice in the Luis Valdez play and film "Zoot Suit," about the 1940's Sleepy Lagoon murders in Los Angeles. Alice was executive secretary of the Sleep Lagoon Defense Committee, which eventually succeeded in overturning the convictions on appeal.

Alice and I became close friends 25 years ago when I conducted an oral history of her for UCLA's Oral History Program. I last saw her in May on my annual visit to the West Coast.

I will have more to say about Alice soon, but some details of her life are given in a news story about her death in the Ventura Country Star.

The photo of Alice is taken in the basement office of her house in Ventura, California, where I was a guest many times over the past quarter century.

More about Alice. Her obituary in the Los Angeles Times.

Another tribute to Alice. By Carlos Valdez Lozano in the Los Angeles Times.

Is the Catholic clergy a glorified pedophile ring? Whenever issues of alleged "morality" are being discussed, the Catholic Church seems to be front and center: Abortion, birth control, homosexuality, the right to die with dignity, etc. But one can only hope that the moral authority of the Church will be further eroded by the latest report into how the Archdiocese of Dublin "covered up" (read: aided and abetted) the sexual abuse of children by its priests over a period of some 30 years.

I have suggested in past blog posts on this subject that the Catholic clergy might actually be little more than a pedophile ring clothed in white robes. This might sound like hyperbole, but I wonder if it is. The report apparently puts the finger on just over 100 priests, but victim advocate groups say that there are allegations against 172 priests. A count of the number of currently serving priests in the Dublin Archdiocese (I had to count letter by letter from the priests listed on its Web site) comes out at a bit over 600. Of course, over 30 years there has been turnover and there were no doubt more than that, but the number of accused priests and the number of actual priests appear to be the same order of magnitude in statistical terms--and if those who were not caught are factored in, it would appear that a significant percentage of the clergy were involved either in the actual acts or in the coverups.

I am concerned that this worldwide scandal, which seems to have touched nearly every parish and every diocese in Europe and the United States, will continue to be seen as an aberration rather than the Church showing its true face. Catholics, along with non-Catholics, must ask themselves why high officials of the Church engaged in a coverup even though they knew better than anyone how widespread the abuses were. I suspect the answer is that pedophilia is endemic in the Catholic clergy, and not an exception. And that should be no surprise: Any religious order that prohibits its priests from marrying and engaging in normal sexual activity is bound to attract its share of perverted individuals--or to turn men who otherwise would have found healthy outlets for their sexuality into sexual predators.

Image: Front page of the Irish Independent after the release of a report earlier this year into the abuse in Catholic schools for poor and unwanted children.
Posted by Michael Balter at 12:33 PM 4 comments:

Will Afghanistan be Obama's undoing?

Early next week, according to all the news reports we have seen, President Obama will announce a major escalation of troop numbers in Afghanistan. This will be accompanied by a new "strategy" designed to get them in, do the job, and then get them out--an "exit" strategy.

Does this sound familiar? Yes it does, to anyone who has been alive during the past several decades, or to anyone who has studied the history of the past 50 years going back to the Korean War. The "strategy" will fail, just as it has in the past, the death toll will mount on all sides, and Obama's presidency--begun with such promise, and with important accomplishments such as health care reform already underway--will crash and burn just as Lyndon Johnson's presidency did in the wake of the Vietnam War.

Does anyone doubt that at least part of Obama's calculations in Afghanistan include the political attacks he would endure from the right if he were to pull most of the troops out of Afghanistan and forget about a military solution to the problem? If there is no doubt about that--and I think there is not--then Obama will be guilty of playing politics with the lives of American soldiers just as John McCain and Dick Cheney are doing now when they accuse the president of "dithering" over his decision.

What is truly sad here, in addition to the thousands of lives that will be needlessly lost, is that if Obama escalates in Afghanistan he will add to his enemies on the right those of us on the left who will have no choice but to build an antiwar movement directly opposed to his policies. To build such a movement takes passion, dedication, conviction, and a casting aside of the nuanced politics that might say something like, oh, I like what Obama is doing domestically, but I oppose his foreign policy. It will make those who campaigned and voted for him increasingly intolerant of the compromises he has made on health care reform, the economy, gay rights, and other key domestic issues. Over time, it will make the students who are taking over buildings at the University of California over fee increases into hardened antiwar activists, just as the cultural revolutions and free speech movements of the 1960s were radicalized once it became clear how hard the battle would have to be fought to end the Vietnam War.

Let's hope the news reports are wrong, and that Obama has been "dithering" because he has been considering another path entirely, because he has concluded along with pretty much everyone who knows anything about Afghanistan and its history that escalation will only bring disaster. But if that is not the case, then he is not the man I thought I had voted for (or at least he is no longer that man), and I will no longer be able to give him a pass. He will be my enemy, even if my eyes will fill with tears for what could have been every time I take to the streets to oppose his policies.

The Lost World of Old Europe. A terrific free exhibit for those interested in prehistory, and who find themselves in New York City between now and April.

Israel's collective punishment of Gaza-based students. The latest from Gisha, the Israeli human rights organization, on the case of Berlanty Azzam.
Posted by Michael Balter at 9:15 AM 1 comment:

Posted by Michael Balter at 2:10 PM No comments:

If you are in the vicinity of Brunswick, Maine on Monday, I will be speaking at Bowdoin College on the topic of "What Made Humans Modern: The Origins of Art and Symbolism." The details can be found here. But bring your woollies, it's cold up here!

I am in slow blogging mode right now, but watch for some changes to this blog and other developments in the New Year.

Photo: Bowdoin's Mary Frances Searles Science Building, where the talk will take place.
Posted by Michael Balter at 7:09 AM No comments:

Hello to all, I've spent the week in Our National's Capital having meetings, lunches and dinners with some of science journalism's finest, plus a scientist or two. So blogging has been slow, although frankly I am giving some thought to the direction I would like this blog to go in over the coming months. Stay tuned.
Posted by Michael Balter at 7:05 PM No comments:

Those who receive this blog by direct email will find the previous post empty, because the photos of this dolphin slaughter in Denmark did not come through properly. Here are some of them, and the links. This was forwarded by a member of the Science for the People listserve. I can't vouch for the information but the photos would seem to speak for themselves.

Posted by Michael Balter at 3:29 PM No comments: 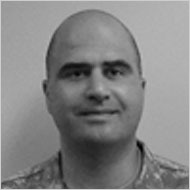 Americans have choices about how they react to the terrible, tragic massacre that took place yesterday. They can simply condemn it and feel morally superior that they would never do such a thing; or they can try to understand why it might have happened.

Those in the second category might begin by reading this story in today's Washington Post. And possibly also this one about the high suicide rate at Fort Hood.

More shooting. This time in Orlando, Florida. Looks bad. I wonder when anyone will publicly raise the issue of gun control, or rather how guns are out of control. Don't hold your breath.

Posted by Michael Balter at 7:15 AM 4 comments:

National Geographic has just published a special issue on The Holy Land, with a lead off essay by yours truly, entitled "In the Beginning." You can read it at this link, although to see the spectacular photographs you will have to buy the hard copy at a newstand near you.

No worries, though, I haven't fallen under the spell of religion. The "beginning" refers to the migrations of early humans who traversed the Levant on their way out of Africa.

On the origin of religion. While we're on the subject, my Science colleague Elizabeth Culotta has an essay in the current issue about how religion may have gotten started and what it might mean in evolutionary terms. She blogs about it here, and provides a link to the original article. (Update: She blogs about it again! Good stuff.)
Posted by Michael Balter at 6:18 PM 1 comment:

More about him. From my Science colleague Constance Holden.
Posted by Michael Balter at 11:43 AM 1 comment: