Juan Cole: An Open Letter to the Left on Libya 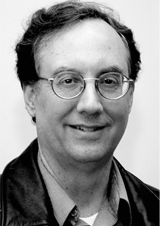 The best and most carefully reasoned statement I have seen so far, from a left perspective, in support of the U.N. intervention in Libya.

The problem with so much left "analysis" these days is that if you apply the same analysis to each and every situation, no matter how different, it is no longer analysis but rote thinking.

Please read Cole's post carefully and all the way through, especially his deconstruction of the notion that the West is just trying to get its hands on Libya's oil (which it already had.) His ending statement is particularly important:

"I would like to urge the Left to learn to chew gum and walk at the same time. It is possible to reason our way through, on a case-by-case basis, to an ethical progressive position that supports the ordinary folk in their travails in places like Libya. If we just don’t care if the people of Benghazi are subjected to murder and repression on a vast scale, we aren’t people of the Left."
Hugo Chavez backs repression in Syria. The nation's president, Bashar Assad, is a "brother" and a "humanist" according to the Venezuelan leader and left icon, who accuses Washington of being behind the unrest in Syria. Fortunately, Chavez's support for Qaddafi has already made many leftists think twice about just how much of a "socialist" he really is.
A nuanced analysis of the Libyan intervention. From Paul Street. Well worth reading, especially if you're a leftist and don't know what to think.
Posted by Michael Balter at 1:55 AM