Did the Navy Seals shoot an unarmed man who was already dead? 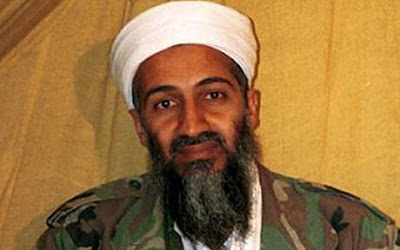 It's hard to know who is going to get more batty over the killing of OBL, the left or the right. Cindy Sheehan, on her Facebook page, says we are all patsies if we think he is really dead. And some right-wingers say he has been dead for a long time. Then some civil libertarians, like Glenn Greenwald, think his civil rights might have been violated (Greenwald's claim that the mainstream media would continue insisting that OBL was armed proved untrue the second day.)

My own feeling is that making a big deal out of any of this is a loser, especially for the left that I am part of. I think we need to let Obama have this one, let him be an American hero, and it will all blow over soon enough (as soon, that is, as the White House gets its story straight.)
Meanwhile, anyone who thinks OBL's rights were violated can always make a donation to the ACLU. After all, we can't bring OBL back--unless he is already back, working again for the CIA.
Who's sorry now? A former student of mine reminds us of this exchange between McCain and Obama during the second presidential debate. Thanks to JM for this walk down memory lane (or should I say the avenue of forgetting?)
Obama: If we have Osama bin Laden in our sights and the Pakistani government is unable or unwilling to take them out, then I think that we have to act and we will take them out. We will kill bin Laden; we will crush Al Qaeda. That has to be our biggest national security priority.
McCain: He said he wants to announce that he's going to attack Pakistan. Remarkable. You know, if you are a country and you're trying to gain the support of another country, then you want to do everything you can that they would act in a cooperative fashion. When you announce that you're going to launch an attack into another country, it's pretty obvious that you have the effect that it had in Pakistan: It turns public opinion against us.
Posted by Michael Balter at 12:16 PM