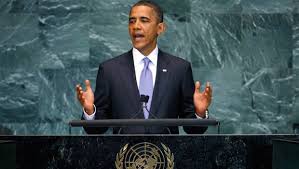 “Peace will not come through statements and resolutions at the U.N."
--Barack Obama in his speech before the United Nations.

Peace would have come a long time ago if U.N. resolutions were actually enforced.

Posted by Michael Balter at 8:35 AM No comments:

Some of My Best Friends are Zionists


Initial Development Trailer:  Some of My Best Friends Are Zionists from Open Letter Productions on Vimeo.

Posted by Michael Balter at 7:58 AM 3 comments:

Israel on the run 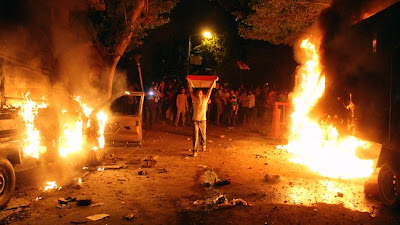 The storming of the Israeli embassy in Cairo, Turkey's apparent intention (let's just hope it's true) to escort ships taking aid to Gaza, and a number of recent victories for the Boycott, Divestment, and Sanctions (BDS) movement, all add up to bad news for Israel's attempts to stall the peace process forever while taking over more and more of the West Bank. The writing is on the wall, and the Israelis have only themselves to blame. Oh, they can also blame the Americans, who have been Israel's worse friends, by indulging their ally in the delusion that injustice and oppression can go on forever without being resisted effectively.

On September 15, thousands will gather at Times Square in New York at 4:30 PM, and then march to the United Nations, in support of Palestinian statehood demands. This march is sponsored by a number of organizations, including Jewish Voice for Peace, of which I am a proud member of the New York chapter. If you are in the vicinity, be sure to show up.

Photo: AP
Posted by Michael Balter at 2:52 PM No comments: