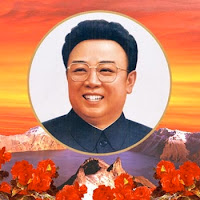 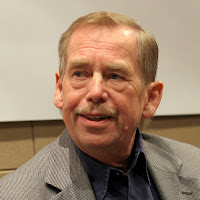 The deaths of these two leaders--one despised around the world, the other admired--are linked in ways that might not be immediately obvious. Havel argued that the "victims" of authoritarian Communism were, to a large degree, complicit in their own oppression and lack of freedom; they accepted the status quo for decades even though they had the power to change things. The Arab Spring is a latter-day example of how right Havel was about that.

Now pundits and analysts are pondering what will happen in North Korea now that Kim Jong-il is dead. Will his young son have the credibility and support necessary to avoid a possibly bloody battle for leadership? Will the people rise up and say enough is enough? If they don't, and if the transition is smooth and uneventful, North Koreans won't have anyone to blame but themselves. Indeed, as Havel so rightly pointed out, not everyone wants to be free so badly that they are willing to take serious risks for their liberty.

What tips the balance? When does yesterday's complacency give way to today's revolutions? If we understood that better, we might be able to control our destinies instead of letting others control them for us.

Posted by Michael Balter at 4:52 PM

I can't believe the bravery of the people being beaten, tortured & killed in the Middle East. For years that bravery lead to nothing but being hunted down and killed decades later when no one was looking. Maybe it still will. I have trouble being harsh about North Koreans when I didn't have to do that for my freedom, though I have nothing but admiration for the Czechs.