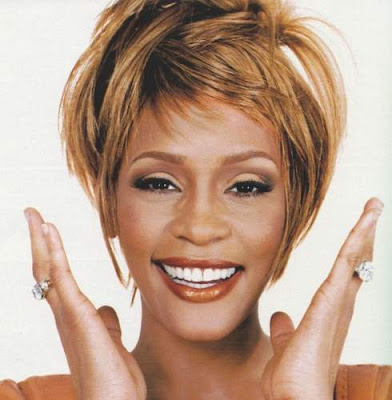 I'd have to say that this one has hit me harder than most recent celebrity deaths, because I remember so well when her first album came out back in the 1980s. It was hard to say what was a bigger shock, how beautiful Whitney Houston was or how incredibly well she could sing. Maybe it was just the moment, during the middle of the Reagan years, when we needed a young Black woman to hit the heights.

Along with pretty much everyone else, I'm guessing that the coroner will eventually conclude she died from some sort of drug overdose. Drug addiction is not a moral issue, it's a medical issue. But because cultural conservatives, and the right-wing in general, have made it into a moral issue, some people think drug-taking is some sort of cultural statement, or at least that tolerating it or condoning it is a cultural statement.

That might have been true back in the days when we all smoked marijuana, but it's getting old now. It's hard to stomach the music-industry hypocrites who got up at the Grammy Awards and talked about losing a "member of the family" when so many of them were complicit in Whitney Houston's slow destruction, directly or indirectly.

If that sounds like something a right-winger would say, please remember that I am a left-winger--but one who doesn't think that dying young is cool.

Posted by Michael Balter at 6:07 AM 6 comments: Links to this post