Rachel Dolezal and the Culture of Condemnation 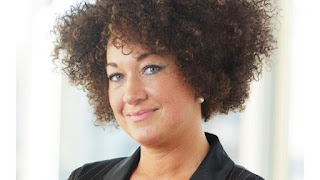 When the Rachel Dolezal affair became a major news story last week, we at first had only a few details. Her parents were claiming that she was white, not Black; we learned that Dolezal was estranged from her mother and father; and we were told that her parents had adopted four Black children when Dolezal was young.

That should have been enough to make Dolezal the subject of intense curiosity, and for some people she was. What life experiences led her to identify herself as Black rather than her "birth" race? Was she just a totally dishonest person worthy of contempt, or a struggling human (like so many of us) trying to make some sense of her life. And what does race mean, anyway? Is it a biological concept, a social construct, or both? In the days that followed, some commentators did take up some of these questions, often in very thoughtful ways.

Many others, however, especially the social media lynch mob--which seems ever growing in numbers these days--immediately condemned her. She had lied, she had betrayed the trust of her community, she had pretended to be something she was not. Of course, none of those who criticized her had ever been dishonest about any of these things, had they? I would wager that, one time or another, some of her fiercest critics had been less than honest about some aspect of their lives.

Now, as more details come out--she reportedly was married to a Black man but it ended in divorce, she began taking care of one of her adoptive siblings, another is accused of sexual abuse, her parents moved to South Africa--there is even more reason to pause and consider that all of us have complicated lives and behave in ways that might seem inexplicable to others. Nearly of us have lied, misrepresented ourselves, and betrayed friends and family at one time or another.

The culture of condemnation has become a disease afflicting the USA and many other countries as well, perhaps all those that have access to social media--in other words, the entire world. Of course, some things should be condemned: Racist or sexist statements or activities, the murder of fellow human beings including acts of war and terrorism, the exploitation of the bodies or the labor of other humans. But in almost every case we have the information we need to know that condemnation is the right attitude.

What do we have in the case of Rachel Dolezal? A woman with a long history of fighting racism, which is more than most of those condemning her can claim. Someone who might (or might not) have become confused at some point in her life about who she was and what she wanted to be. Someone not so different from the rest of us.

Perhaps it is good that Dolezal's case has sparked yet another "national conversation about race." If so, let's discuss, and be curious, and wonder about her as we would wonder about any fellow human who has done something that needs some serious explaining. Leave the condemnations behind, at least until we are very sure that there is good reason for them--and that we are so without sin that we have the right to throw stones.
Posted by Michael Balter at 7:52 AM No comments: