Michael Balter 3/17/2016 03:16:00 AM
The following assumes that readers are familiar with my story about allegations of sexual misconduct against Brian Richmond, curator of human origins at the American Museum of Natural History in New York City. This story was published online on February 9 and in print in the February 12 issue of Science.

A number of things were cut from the story due to length and legal issues. Many of them I would have preferred to keep in, and there would have been room for them had the story run at six pages rather than five as I had hoped. Although I have carefully vetted what I say here to be consistent with the guidelines we followed to avoid litigation as a result of the story, I take full responsibility for the content below and absolve Science, AAAS, and my editors at Science of any liability for it. Nevertheless, they were aware of these findings since they appeared in earlier drafts of my story and their accuracy was never questioned.

Here are the salient points:

1.     Richmond was not the search committee’s first choice. There were two searches: The first resulted in the curator position being offered to a highly respected paleoanthropologist at the University of Tubingen in Germany. After about 8-9 months of negotiations, she turned it down for various reasons. Then there was a second search: Richmond was the search committee’s third choice. The first choice, a popular African expert in human evolution based at a US institution, was reportedly lowballed in the salary offer by science provost Mike Novacek because Novacek really wanted the second choice, a respected female anthropologist; she got a counter-offer at her university, so that left Richmond. This provides important possible insights into why Novacek protected Richmond when the allegations arose: Terminating him for the alleged sexual assault would have required yet another lengthy search and public embarrassment for the museum.

2.     I know who most of the European researchers were who were drinking with Richmond and the research assistant that night in September 2014. They are reluctant to come forward because of European laws against talking to the press about possible criminal allegations, but one did tell me anonymously that the research assistant was definitely drunk and thus incapacitated. Other evidence from these young researchers indicates that the research assistant could not find her AirBnB and that it was agreed among some of the group that Richmond would shelter her in his hotel. Richmond was her supervisor and it was assumed that he could be trusted to take care of her. Richmond confirms these details but insists that she was not so intoxicated that she could not have given consent to the encounter.

3.     I have been in direct contact with three friends of the research assistant whom she told what had happened in the first few days after her return to New York from Italy. They are referred to only very briefly in the article as confirming that she was telling the same basic story of what happened from the very beginning, even though one is on the record and provided a full page written account which she was willing to have published with her name attached to it. This account was cited in my original draft, together with this witness’s name, but was cut from the final. The key point is that the research assistant apparently did remember the details after she woke up in Richmond’s hotel room from the beginning, even if she had been too drunk to remember how she got there in the first place. There is other strong evidence that the research assistant did not change her story, as Richmond insists, which we had decided to keep in reserve in case of litigation.

5.     I either spoke or emailed with 11 people with whom Rhea Gordon was in contact for her investigation; most of them either experienced directly or witnessed directly what they claimed was inappropriate sexual behavior by Richmond in various settings. The three anonymous women in the story, who were at Koobi Fora,  are just one part of that. A mention of the 11 people was cut from the story. Gordon was trying to see if there was a pattern of behavior, similar to what Bernard Wood was looking for in his investigation. This truncation of our account of Gordon’s investigation deprived readers of additional evidence that the museum itself had apparently identified the same pattern of behavior beyond just the three anonymous Koobi Fora witnesses.

6.     Richmond has a point about the distortion of due process by the museum. I began my investigation in early November 2015, and was officially assigned to do the story by Science on Nov 16. By Nov 30 I had enough information to go to Anne Canty at the AMNH and ask for certain documents, interviews and other information, and I presented her with my requests that day. Richmond says that he was asked to resign within the first few days of December, ie, almost immediately after they knew for sure what we were doing (I told Canty much of what we knew so that the museum would be as forthcoming and transparent as possible.) He declined to say who asked him to resign, but in a Dec 11 meeting of the anthropology division called by its chair, Laurel Kendall, Kendall told colleagues that Novacek had asked for the resignation. Her statement to the meeting is confirmed by three sources present at the time. This important reference to the meeting and Kendall’s statements was cut from the final version.

7.     To underscore what is implied above: AMNH science provost Mike Novacek was making many of the decisions here, perhaps in some cases in collaboration with higher ups or with the museum’s legal department, perhaps in some cases on his own. It might be a safe assumption that AMNH president Ellen Futter is now involved in all major decisions.

Additional thoughts: My editors were rightly very concerned that our story be fully fair to Brian Richmond, a concern that I completely shared and acted on during the entire time that I was reporting the story. I aggressively pursued Richmond, urging him to tell his side of the story; and when he finally began to do that I inserted as many comments as possible from him, focusing on his strongest arguments as is standard ethical journalistic practice. However, fairness is not achieved by cutting important information and context such that a story becomes a "he says, she says" account rather than a search for the truth. I'm sure that my editors will not agree, but in my view some of the cuts had that effect.

Important additional information: All of the statements in this "reader's guide," as in the original story in Science, are multiply sourced and based on sound reporting of the facts of the case.

Anonymous said…
Sorry to hear. I admit I am always surprised by the variability in responses to sexual misconduct by academics. Have you ever thought of investigating the professor Horner at Montana State University perhaps using the Freedom of Information Act? He has married two of his students, one of which was only 19 at the time. There are numerous rumors of the university making special exceptions for him, of his inappropriate behavior around young women on his excavations, and even of sharing a tent with a young girl under the legal age. Where there is smoke there is fire and your courage could help many young women before the professor retires and such emails and communication are potentially lost.
March 30, 2016 at 9:03 AM

Madrid museum tours said…
Really useful the information you are sharing, we work with the same material and it's a good opportunity to find solutions and share information just to keep improving, thanks for the help
April 10, 2017 at 5:52 AM 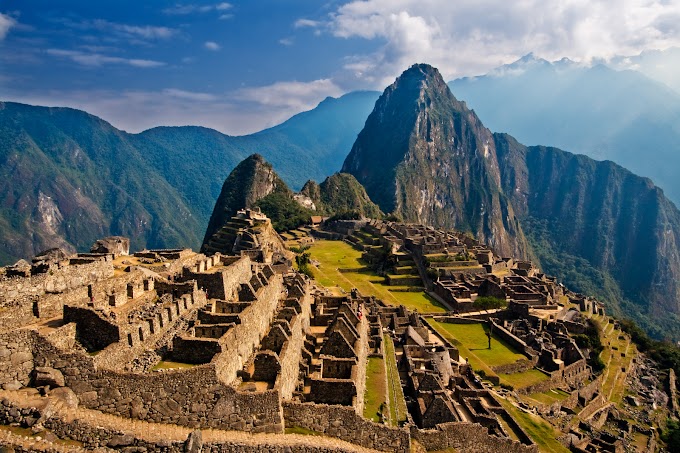