More bullying and harassment at University of Adelaide--this time it's the head of the School of Education, Faye McCallum


As regular readers of this blog know, I have been investigating and publicizing bullying, harassment, and ethical allegations against Alan Cooper, director of the University of Adelaide's ancient DNA center. As part of that investigation, it has become clear that bullying and other mistreatment of students, postdocs, and even faculty are endemic across the university (and perhaps across all of academia.)

Recently, faculty and staff in the School of Education have been trying to get the Adelaide administration to take seriously their complaints against the head of the school, Faye McCallum. Colleagues eventually turned to the local branch of the National Tertiary Education Union (NTEU), which wrote the following letter to the university administration a year ago. I am told that this did lead to an inquiry (so-called "culture check," as in the case of Alan Cooper, currently underway) but that this inquiry went nowhere and led to no action.

The following is a draft of the letter, written on union letterhead, which was shared among a number of colleagues at Adelaide. I understand the final version was very close to this draft.

It seems long past time for the Adelaide administration to think about students, faculty, and staff first, and to stop protecting bad behavior among the university's leaders. This blog post will be updated regularly.

Head of School, School of Education – Lack of confidence by the majority of Academic Staff

The NTEU represents the majority of Academic Staff in the School of Education in relation to ongoing concerns regarding the Head of School, Professor Faye McCallum.  These staff have a lack of confidence in the Head of School’s ability to manage the school in a fair, transparent, and equitable manner.  The NTEU has met with the staff collectively and individually and the pattern of behaviour is not commensurate with the expectations of a HoS.

Lack of transparency in recruitment

Of particular concern are two recent appointments from St. Peters College (One is a direct appointment and the other at Associate Professor level.)   We understand that neither have strong research track records or quality publications.  Both have limited experience in university teaching and no leadership experience at school principal level. These staff have been given leadership responsibilities such as program and course reviews and tasked with the initiation of new programs, specialisations, and courses.  The rationale and staffing models supporting these developments have not been clarified.  The two new appointments have also been tasked to lead consultancy projects without detailing the staffing implications or contribution of the projects to advancing research outputs.  The staff believe that these appointments and their associated responsibilities must be reviewed in light of these matters, and concerns about gender representation and cultural diversity in the school.

The NTEU has been informed and provided with many explicit examples from individuals of recurring incidents of micromanagement, inconsistent decision-making, bullying and harassment by the HoS.

The staff also complain of favouritism and the preferential treatment consistently shown toward four staff members who are consulted on matters such as enrichment days and professional development workshops when considerable expertise on such matters resides elsewhere in the school.

Below are examples of behaviours and incidents experienced by the members of staff who have:

1.     been prevented or discouraged from pursuing their research (e.g. through slow and/or inconsistent responses from the HoS, and/or lack of flexibility negotiating teaching commitments and/or conference attendance). This has occurred despite the fact that the school returned unspent research money to the Faculty in 2017;

2.     received inadequate or inappropriate professional development support from the HoS (e.g. discouraged from pursuing research, applying for promotion or SSP);

3.     been prevented from teaching or supervising in fields directly related to their research and/or required to teach in areas outside their expertise and/or replaced by casual staff;

4.     had decisions (including those made during PDR) overturned later;

5.     been expected to fulfil unreasonable demands and/or meet unrealistic deadlines;

6.     been insulted, ignored or treated with hostility for disagreeing with the HoS;

7.     received curt and rude emails from the HoS;

8.     received curt and rude emails from the HoS after hours and at weekends demanding an immediate response;

9.     had decisions made for them made by the HoS without consultation, and

10.  been challenged about entitlements to leave, with some having to seek support from HR and/or the NTEU.
The above can be verified but the individual staff are concerned about further recriminations from the HoS if details reveal their identities.

The NTEU requests that a process be initiated with a view to resolving these issues.  It is paramount that staff feel safe in their place of work and the NTEU seeks your assurance that the matter will be treated sensitively and discreetly, to avoid an escalation in both tensions and inappropriate management practices.

Anonymous said…
This sort of behaviour is rife throughout the entire organisation. There are a lot of senior people who have no clue what they are doing and are running this once upstanding institution into the ground.

Favouritism and bullying epecially an issue. So many senior people who are more concerned with showing who is boss rather than doing what is right by the university, it's students and staff.

The Vice Chancellor once said "I can't for the life of me understand why every student in Adelaide would want to put the University of Adelaide as it's first preference" (in relation to Undergraduate students). This shows just how blind the man in the top job is to the real issues faced by the institution, not least the treatment of both proessional and academic staff throughout the university.

We are sick to death of how things operate and those at the top who are consistently doing what is in their personal best interests and not in the interests of the University.

The merger falling through was the worst thing to happen to the University of Adelaide. Elitism at it's worst. We say we aren't elite, but of course we are! Everyone who was happy about the merger not going ahead had the attitude of thank goodness, we are the best, why would we want to run with the plebs, attitude. Those of us in the know saw that as a huge opportunity to pick ourselves up and become relevant again, but it all fell through and we just keep sinking and sinking.

Anonymous said…
And ANON #2 says that ... we from a former institution at which she worked can confirm it is highly likely that these people are speaking the truth.
I am not surprised. She has history and form. Ask us !!
I am increasingly frustrated that senior people keep getting promoted and protected when their leadership/behaviour is morally and ethically compromised. What are we the Uni system/s doing wrong that people such as this are rewarded for appalling management and leadership practices?! It is sad that this is the best that management can find to do the job of leadership (but then maybe these are the only people who can be located that fit the 'no moral conscience' criteria for such a job?)
September 18, 2019 at 10:52 PM

Anonymous said…
Have you met Ann Tonkin? She is the definition of inappropriate behaviour at the University of Adelaide. Mistreatment of huge numbers of students and staff. Medical education here tops the ranks at being unprofessional, inconsistent and abusive.
June 15, 2020 at 3:56 AM

Anonymous said…
I started at Uni Adelaide hesitantly after leaving another Uni due to bullying. It was horrible. Raul Barreto (economic lectuer) called me a fool in the lecture theatre. Luckily they rotate the lecturers so you can pick and choose who you have. It is pathetic behaviour coming from people who should know better.
August 25, 2020 at 4:21 AM

Anonymous said…
Well they had on their sick form 'mild conditions' such as migraines, flus. That stuff is not MILD. What a mess.
August 25, 2020 at 4:24 AM

Anonymous said…
It would be well worth reading the blog 'mind body miko'. If it's bad at Uni, then it's probably twice as bad in the hospitals. Back in the day it was easy to get away with this behaviour. Now it is much easier to expose people. It is awful to name and shame people but they kind of deserve it. Perhaps no one has told them. Perhaps they have had people suck up to them. Perhaps they have been told how brilliant they are. Who knows.
August 25, 2020 at 5:27 AM

Anonymous said…
I study ballet and in a way the ballet institutions operate like universities. How do you control people? Overwork them, keep them hungry, stress them out because they realise the lie. The system is dangerous. It needs change. Young people are being put at risk.
August 25, 2020 at 6:56 AM

Anonymous said…
I studied podiatry at UniSA. There were girls crying. I ended up w chronic fatigue syndrome. Sara Jones and Rolf Scharfbillig were awful. He was making students memorize 35 research articles for exams. A bunch of psychos.
August 25, 2020 at 10:59 PM 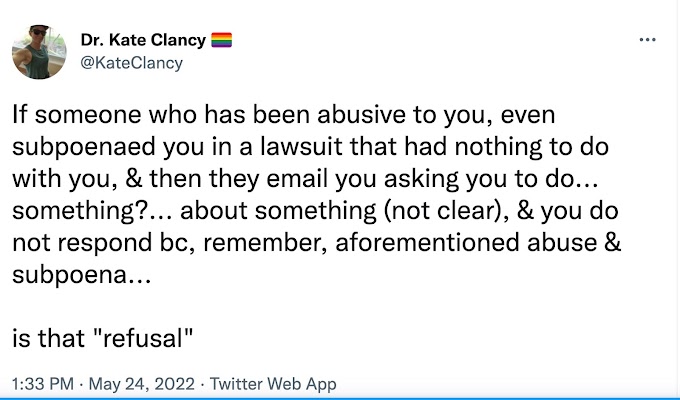