For a long time now I have been planning to write a piece about the last five years I have spent as a #MeToo reporter, which have been full of lessons of many kinds. I've gone back and forth between calling it "The (Mis)Adventures of a #MeToo Reporter" and the title you see above. The implication of both titles is that it has been a rocky road for both me and the survivors whose stories I have helped to tell, now numbering many dozens.

In a number of ways I have diverged from other colleagues covering the #MeToo beat, much as I admire them and much as I take heart and encouragement from knowing that we are making progress in fighting this kind of bullying and discrimination. Partly as a result, I am now the subject in an $18 million defamation suit by one of the archaeologists I wrote about. And while it is a nuisance lawsuit designed mainly to intimidate students who have spoken out (or might do so in the future) as well as colleagues in the field, it nevertheless has to be defended on First Amendment grounds.

But what a pleasant surprise when The Fieldwork Initiative--"a grassroots network of over 2,500 students and researchers facing trauma, unsafe conditions, or sexual harassment and assault during research fieldwork," as its Web site explains--asked me to do an online interview with its founder, Jerika Loren Heinze. I got the chance to talk about most of the issues I had been planning to write about, an opportunity many writers would welcome. It's more than an hour long, but the best chance I have ever had to explain what I do and why I do it. Please click on the icon above to begin.

PS--Jerika asks if Danielle Kurin was paid while she was on administrative leave for three years. I have now checked, the answer is yes.

Update June 29, 2020: In my interview with Jerika, I make reference to the fact that there are critics of my reporting, especially in anthropology and archaeology. Indeed, this is one of the issues that I had hoped to address in the article I will eventually write with the above title, and I hope to still. But I will just say something brief about it here. From my perspective, many of the critics of my work are mid-level or senior academics who do not like an "outsider" (despite the fact I have been an anthropology writer for at least 25 years) to be delving into things happening on the inside. These critics are essentially serving as gatekeepers for their fields. The preference has traditionally been to deal with such issues via the so-called "whisper network." The problem is that the whisper network has left vulnerable young researchers with few defenses against sexual predators and bullies in their areas of study. Students, especially graduate students, have told me over and over again about their feelings of betrayal by the institutions they belong to as well as senior colleagues they had counted on for support. Victims and survivors only turn to journalists as a last resort, when all other doors to justice have been closed to them. I would have nothing to do if the institutions, along with academics with little to lose other than their jealously guarded networks that include abusers, would do the right thing.


Update July 2, 2020: Since this blog post and the embedded interview are about my #MeToo reporting and how and why I do it, I should add this link to a piece I wrote for the Columbia Journalism Review last year about why I use my blog to publish these investigations. It is linked to above as well, but I want to draw readers' attention to it.


Update July 10, 2020: I have now created a GoFundMe campaign to help raise the legal expenses for defending this $18 million defamation suit against me. It will be particularly targeted at the costs of doing the kind of vigorous legal discovery (for relevant documents, depositions of witnesses, etc.) that will be necessary to mount an effective defense. I hope you will consider donating, no matter how modestly, and/or distributing this appeal to others. Thanks!

Michael, this was an excellent interview! Congrats. Re Kurin being paid, you can bet the only reason Rathjen is being paid at present is that he got his leave form in before the brown stuff hit the spinning blades.

Yes - that little trick has Rathjen written all over it...As does Adelaide Uni coming out so forcefully and saying noone can talk about anything to do with it. Classic Rathjen.

I rest my case!

Indeed, an excellent interview. I had been following your work for a while now, but this had helped me to better understand the person behind the words. Keep it up! 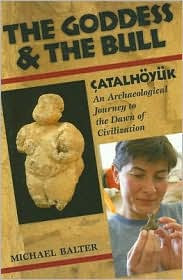