A Park Bench in Paris

One morning in the 1870s, the Irish writer George Moore went for a walk in the Luxembourg Gardens of Paris. "I threw myself on a bench,"  he wrote in his memoirs, "and began to wonder if there was anything better in the world worth doing than to sit in an alley of clipped limes smoking, thinking of Paris and of myself."

Nearly 150 years later, visitors to this peaceful oasis adjacent to the kinetic streets of the Latin Quarter must ask themselves a similar question. Even those who could do without the smoke would agree that the gardens' one-hundred-plus species of trees exhale enough oxygen for everyone. And weekdays, around midday, it seems that everyone is here: Students from the Sorbonne taking a break from classes, reading mystery novels next to the Medicis Fountain; secretaries and shopworkers sitting in the freely provided green metal chairs around the duck pond, munching sandwiches in the sun; friends from across the city lunching at the outdoor tables of the brasserie Les Gaufres, near the Luxembourg Palace; and senior citizens on benches under the trees, gossiping and feeding the pigeons.

Many Parisians regard the Luxembourg Gardens as the most delightful green space on the city's Left Bank, and it's easy to see why. Just inside the main gate, off the busy boulevard St.-Michel, a statue of a piping satyr kicking up one leg beckons visitors down a sandy avenue bordered by two rows of chestnut trees. As they reach the edge of a balustraded terrace overlooking an octagonal pond, the Florentine-style palace, built for Marie de Medicis, looms on the right, while the orderly lanes, plush green lawns and exquisitely manicured flower beds of a formal French garden spread out ahead.

Farther on, past the pony rides and the tennis courts and the clacking sound of stocky men playing boules, the linear French formality dissolves into the curved, playful spirits of an English garden, shaded by elms and poplars.

Yes, as appealing as they are today, these 60 tranquil acres are the legacy of one of the most dysfunctional families in French history. In 1612, two years after the assassination of King Henri IV, his widow, Marie de Medicis, bought the grounds from the Duke of Luxembourg and had a palace built in the style of her native Tuscany. Legend has it that she paid for the palace by riding over to the Bastille one night and stealing the money Henri had stored there in case of a future war.

Henri had been killed the day after Marie's coronation as queen, making her regent of France until their eight-year-old son, King Louis XIII, came of age. But, as the French say, cela ne nous regarde pas--that's really not our affair.

Even if, as some suspected, Louis had his mother to thank for becoming king of France at such a tender age, he proved to be quite an ungrateful lad. Louis was fifteen when he ended the regency and sent Marie packing to the provinces, where she persisted in plotting against her son for several years. Finally, after revoking a promise to her to dismiss the powerful Cardinal de Richelieu--who had become Marie's implacable foe--Louis banished his mother for good, and she died penniless in Cologne.

After Marie's death, the palace reverted to the crown and remained royal property until the French Revolution, when it served as a prison during the Terror. Soon after the heads stopped rolling, it became the house of the French Senate, and still is today. As for the gardens, they were turned over to the public after the Revolution of 1848, when King Louis-Philippe, the last king of France, abdicated the throne and took refuge in England.

It was during the reign of Louise-Philippe that the Luxembourg Gardens began the acquire the collection of statues that are among the park's most characteristic features. Yet even the French find most of them mediocre, particularly the second-rate representations of the queens of France that line the terraces in front of the palace. Somewhat more inspiring are an impressive marble monument dedicated to the French painter Eugene Delacroix, and a bacchanalian depiction of a naked, laughing old man trying to stay atop a  bucking horse with the help of several equally naked friends.

But the most popular work of sculpture in the gardens the massive Medicis Fountain with its long terraced pool shaded by plane trees, was commissioned by Marie herself in 1620.  It took on its present form in 1863, when the sculptor Ottin added the figures of the goddess Galatea and her lover Acis, who is about to be crused by Polyphemus, the fierce and jealous cyclops crouched above the pair on a rocky ledge.

Perhaps the best time to visit the Luxembourg Gardens is on a Sunday, when people from all walks of Parisian life come and go like the movements of a symphony. When the gardens open, just after dawn, the first to appear are the joggers and the silent figures performing the intricate movements of tai chi. They are soon followed by the chess players, who gather near the nursery and fasten their boards onto the chairs with elastic cords. By noon the families have begun to arrive. The pool in front of the palace ripples from the wakes of toy sailboats and the flapping wings of indignant ducks.

As the afternoon lingers on, children invade the playground to cavort on the slides and swings, or line up at the puppet theater for the next performance of The Three Little Pigs. Meanwhile, their parents take refuge at La Buvette des Marionettes, the little cafe next to the theater, for tea and apricot tart.

Minutes turn into hours, the light fades, and suddenly the air is pierced by the whistles of the stern uniformed guardians, whose thankless job it is to chase the reluctant populace from the grounds. As the sun touches the horizon, the only figures left are the shadowy statues--including the lonely silhouette of Marie de Medicis, situated without reverence between two obscure queens whom all but the historians have forgotten.

Perhaps Marie, wasting away in Cologne,  came to regret the trouble she made for her son, Louis XIII. Surely, had she just let him have his kingdom to play with, he would have let her keep her lovely gardens.

Note: This story is adapted from a piece I published in Bon Appetit magazine in August, 1995. 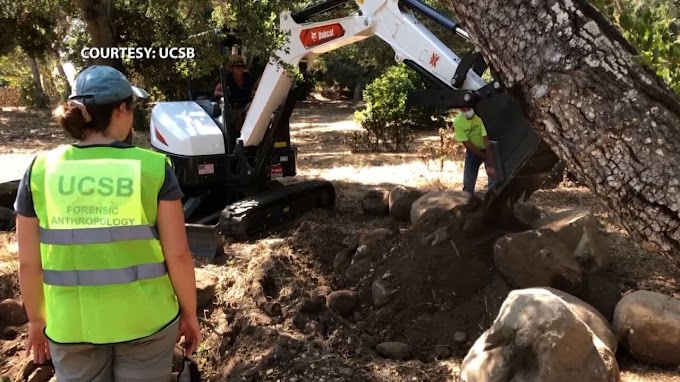 New evidence suggests former UC Santa Barbara anthropology professor Danielle Kurin exploited a grieving mother and vulnerable students in her bid to get tenure. Now she has resigned. Part one of a full report.