Peter Rathjen: Serial sexual predator, pedophile protector, and manifestation of all that is rotten at the University of Adelaide? 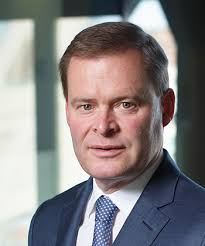 Peter Rathjen is a well known biochemist and molecular biologist, and, most recently, was a Vice-Chancellor and president of the University of Adelaide in Australia. Earlier this month, however, he was forced to step down when he became the subject of a misconduct investigation by South Australia's Independent Commissioner Against Corruption (ICAC.)

ICAC investigations are normally top secret, with serious penalties for journalists or individuals who divulge confidential information. Although the inquiry has been widely reported in the Australian press, as far as I know only The Australian has provided a reason for it: That Rathjen had engaged in "a personal relationship with a staff member." (Depending on where you access this article, it may be behind a paywall.)

(Just 24 hours earlier, the university's Chancellor, Kevin Scarce, resigned his position. While the reasons are still unclear, there are no allegations of misconduct being reported as of yet.)

Although I have talked to sources at the university, I cannot claim to know more than that at the moment, as information concerning the matter has been closely guarded. I do, however, know something about Rathjen's long history of alleged misconduct, which includes chronic and widely known sexual harassment at the University of Adelaide during his earlier tenure there as a professor and department chair; a misconduct case at a major Australian university which found him guilty of sexual assault against a student; and, while Vice-Chancellor at the University of Tasmania, his alleged protection of the notorious pedophile Nicolaas Bester, who re-offended while a PhD student at UTAS.

Rathjen first came on my radar last year when I was reporting on the case of Alan Cooper, formerly chief of Adelaide's ancient DNA center, who has since been fired for misconduct. A number of women who had been at the university during Rathjen's earlier tenure there (1990-2006) approached me, concerned that Rathjen would be making the final decision about Cooper's fate. At that time, I was told by multiple sources, Rathjen had developed a well known reputation as a sexual harasser. The sources included individuals who had directly experienced this behavior.

The Alan Cooper case revealed that misconduct, including bullying and sexual harassment, had been tolerated at the University of Adelaide for many years. Thus, while complaints against Cooper were made to the university administration beginning in 2006, the first full year that he was in charge of the Australian Centre for Ancient DNA (ACAD), administrators ignored them until last year, when survivors of the abuse finally began to go public. Media coverage in the Australian press, along with major scientific journals such as Science and Nature, made it impossible for Adelaide officials to continue covering up for Cooper, despite the major prestige that ACAD had brought to the university.

(Cooper is currently appealing his firing, and a hearing on the matter is expected around July. University staff have been interviewing and re-interviewing many of the original complainants to get their case ready.)

Bullying and nepotism in the School of Education, abuse of staff at the Adelaide Dental School.

Soon after I began reporting on Alan Cooper, sources within the university began to approach me with allegations of misconduct in other schools and departments. The first such case concerned the head of the School of Education, Faye McCallum. Again, multiple sources testified to an atmosphere of bullying and harassment in the school; in August 2018, the National Tertiary Education Union NTEU), which represents employees in Australian higher education, was forced to write to Jennie Shaw, executive dean in the faculty of arts, because no action against the numerous complaints of bullying, overwork, abuse, and questionable staff appointments had been taken despite numerous complaints. Unfortunately, on May 15, Shaw announced that McCallum had been given a two-year extension of her appointment as head of the School of Education. That fight goes on.

Meanwhile, very similar complaints have arisen in the world-class Adelaide Dental School, which over the last few years has seen its autonomy eroded by the edicts of university administrators. Earlier this year, NTEU conducted a confidential survey which included questions about health and safety, bullying, and confidence in senior school and faculty management. About 80% of staff gave negative responses, according to an April 6, 2020 letter from Cheryl Baldwin--division industrial organizer for the NTEU's South Australia division--to Benjamin Kile, executive dean of Adelaide's Faculty of Health and Medical Sciences. I have considerable documentation of the alleged abuses and will be reporting on them in more detail soon.

As I mentioned above, during Rathjen's tenure at a major Australian university, he was found guilty of sexual assault against a student. As this is a very sensitive matter, kept strictly secret, I am not identifying the university in question to protect sources. I hope to be able to say more soon, but there is no doubt about the truth of the matter. Australian academic culture, like the academic culture of most countries, is rife with retaliation and threats of retaliation. The level of fear about speaking out is quite high, especially as Australian science is still largely ruled by an old boys' club in which women (and many men) are the subject of constant intimidation.

This brings us to the case of Nicolaas Bester, one of Australia's most notorious pedophiles. Bester was convicted of grooming and sexually assaulted a 15 year old girl, Grace Tame, while a teacher at St. Michael's Collegiate School in Hobart, Tasmania. In 2011, Bester was sentenced to two years and ten months in jail for his crimes. But due to archaic Tasmanian laws (also enforced in Australia's Northern Territory) that purport to protect victims but actually mask the identity of abusers, Tame had to wait nine years before she could speak out about what happened to her. With the help of journalist and anti-sexual assault advocate Nina Funnell, Tame scored a historic win in the Supreme Court of Tasmania, winning the right to identify herself and name her abuser.

(Funnell wrote a number of articles about the Bester case, including one in which Bester claimed to have been the real victim.)

Bester later entered a graduate program in chemistry at the University of Tasmania (UTAS.). And in 2016, while a PhD student there, Bester was sentenced again to four months in jail for remarks he made on social media about his abuse of Grace Tame, including calling his abuse of her "awesome" and "enviable." A judge ruled that this behavior amounted to the production of child exploitation material online, which seems a reasonable decision at the very least.

Enter Peter Rathjen again. After Bester served his new jail sentence, he returned to the University of Tasmania campus, where Rathjen was Vice-Chancellor, to continue his PhD work, unimpeded by any action from the university administration. That failure to protect students led, in spring of 2017, to a petition campaign calling upon the university to ban him. The campaign was led by the UTAS Women's Collective, and ultimately gathered more than 1600 signatures. "Myself and many others are incredibly disappointed with the University of Tasmania for not removing Nicolaas Bester from campus," said Heidi La Paglia, a member of the collective who started the petition.

The university refused to take any action. According to my sources, Rathjen was instrumental in the decision to allow Bester to finish his graduate work. But both he and Bester had their supporters. Chief among them was the well known Australian barrister Greg Barns, an advocate for prison reform and staunch defender of Julian Assange. In a Twitter exchange with me after he saw my social media posts on Rathjen and the Bester case--in which he accused me of engaging in a "sleazy trial by media campaign"--Barns praised the former UTAS Vice-Chancellor, saying that "Rathjen behaved impeccably and in accordance with the rule of law and fairness."

To sum up simply: It appears that Peter Rathjen has been involved in sexual misconduct, both as an abuser and an enabler, for most of his career. There may be some irony in the fact that his career will probably end in Adelaide, where his reputation as a serial sexual predator first began.

There will be more to say about this soon, and I will post updates here.

Posted by Michael Balter at 9:13 AM

University of Adelaide also mentioned on Retraction Watch:
https://retractionwatch.com/2018/12/29/journal-retracts-paper-by-controversial-australian-journalist/
The JBC retracted the paper, but UoA administrators have different standards.

Why do you have a photo of the assault victim in this post, and why are you naming them? This seems inconsistent with your desire to support victims (which I have no doubt is genuine). It also seems very unfair and unnecessary.

Grace Tame came forward proudly when she was finally able to and willingly had her photograph published in a number of publications in Australia. She is aware of this blog post. Those are the only conditions under which I would name and show a victim, when they willingly want to be identified.