Today's New York Times features a front-page article about Gramm entitled "A Deregulator Looks Back, Unswayed," by Eric Lipton and Stephen Labaton. Since this is the kind of piece that many people, including myself, tend to skim rather than read all the way through, some of the most important messages might be overlooked. These include the fact that much of the deregulation that threatens to take our economy down and has already destroyed the lives and livelihoods of thousands of people was enacted during the administration of President Bill Clinton, and not over his protests. As the article points out high up,

Many of his deregulation efforts were backed by the Clinton administration. Other members of Congress — who collectively received hundreds of millions of dollars in campaign contributions from financial industry donors over the last decade — also played roles.

One of Gramm's key victories came late in Clinton's term:

In late 1999, Mr. Gramm played a central role in what would be the most significant financial services legislation since the Depression. The Gramm-Leach-Bliley Act, as the measure was called, removed barriers between commercial and investment banks that had been instituted to reduce the risk of economic catastrophes. Long sought by the industry, the law would let commercial banks, securities firms and insurers become financial supermarkets offering an array of services.

The measure, which Mr. Gramm helped write and move through the Senate, also split up oversight of conglomerates among government agencies. The Securities and Exchange Commission, for example, would oversee the brokerage arm of a company. Bank regulators would supervise its banking operation. State insurance commissioners would examine the insurance business. But no single agency would have authority over the entire company.

“There was no attention given to how these regulators would interact with one another,” said Professor Cox of Duke. “Nobody was looking at the holes of the regulatory structure.”

The arrangement was a compromise required to get the law adopted. When the law was signed in November 1999, he proudly declared it “a deregulatory bill,” and added, “We have learned government is not the answer.”

And lest anyone think that Clinton was a helpless bystander during all of these deregulation efforts:

In the final days of the Clinton administration a year later, Mr. Gramm celebrated another triumph. Determined to close the door on any future regulation of the emerging market of derivatives and swaps, he helped pushed through legislation that accomplished that goal.

Created to help companies and investors limit risk, swaps are contracts that typically work like a form of insurance. A bank concerned about rises in interest rates, for instance, can buy a derivatives instrument that would protect it from rate swings. Credit-default swaps, one type of derivative, could protect the holder of a mortgage security against a possible default.

Earlier laws had left the regulation issue sufficiently ambiguous, worrying Wall Street, the Clinton administration and lawmakers of both parties, who argued that too many restrictions would hurt financial activity and spur traders to take their business overseas. And while the Commodity Futures Trading Commission — under the leadership of Mr. Gramm’s wife, Wendy — had approved rules in 1989 and 1993 exempting some swaps and derivatives from regulation, there was still concern that step was not enough.

After Mrs. Gramm left the commission in 1993, several lawmakers proposed regulating derivatives. By spreading risks, they and other critics believed, such contracts made the system prone to cascading failures. Their proposals, though, went nowhere.

But late in the Clinton administration, Brooksley E. Born, who took over the agency Mrs. Gramm once led, raised the issue anew. Her suggestion for government regulations alarmed the markets and drew fierce opposition.

In November 1999, senior Clinton administration officials, including Treasury Secretary Lawrence H. Summers, joined by the Federal Reserve chairman, Alan Greenspan, and Arthur Levitt Jr., the head of the Securities and Exchange Commission, issued a report that instead recommended legislation exempting many kinds of derivatives from federal oversight.

Mr. Gramm helped lead the charge in Congress. Demanding even more freedom from regulators than the financial industry had sought, he persuaded colleagues and negotiated with senior administration officials, pushing so hard that he nearly scuttled the deal. “When I get in the red zone, I like to score,” Mr. Gramm told reporters at the time.

Finally, he had extracted enough. In December 2000, the Commodity Futures Modernization Act was passed as part of a larger bill by unanimous consent after Mr. Gramm dominated the Senate debate.

Yet there is one line in this article that really struck me, because in many ways it gets to the heart of the overall problem:

Mr. Gramm would sometimes speak with reverence about the nation’s financial markets, the trading and deal making that churn out wealth.

Think about this for a moment. Do trading and deal making really "churn out" wealth? A more accurate way to put it is that the financial markets churn up wealth, the wealth created by those who actually produce things, whether they be goods or services. And in the churning, the wealth is redistributed upwards, from the working and middle classes to those who become increasingly wealthy for no other reason than that they have their hands on the buttons and levers of the economy. One doesn't have to be a dyed-in-the-wool Marxist to see that Wall Street, aided by people like Phil Gramm and Bill Clinton and George W. Bush, has taken the hard-earned mortgage payments of homeowners and sliced them and diced them into "derivatives" and "swaps" and other instruments of expropriation and exploitation. And since the money flows always upwards rather than downwards, working people have to continually beg for loans from those who have accumulated all of this wealth just so they can have roofs over their heads.

Marx wasn't right about everything, but he was right about the main thing: Capitalism is a system of exploitation of those who have less by those who have more. Unfortunately, the primary alternative, socialism, has been discredited by the worldwide Communist movement, which merely substituted one form of oppression for another (you perhaps have heard the old joke: What's the difference between capitalism and Communism? Answer: Under capitalism man exploits man; under Communism it's the other way around.)

Barack Obama is a big fan of capitalism, although it would be fair to say that he is also an advocate of what some call "capitalism with a human face." We haven't had that for a long time; perhaps it would at least be a start on the right road.

Photo: John McCain (R-AZ) with former U.S. Senator Phil Gramm (L)/ Timothy A. Clary / AFP - Getty Images file (I couldn't find a photo of Gramm with Bill Clinton, which is no surprise, but his footprints are all over Clinton's legacy.)
Supporting our troops. The Times also carries a story about the tremendous difficulties returning veterans face in holding on to their houses and getting disability benefits processed. Would it be a stretch to say that the Bush administration and those politicians who are always banging on about "our troops" are completely and totally full of shit?
Politics

Loan Offer said…
Are you in need of a loan? Do you want to pay off your bills? Do you want to be financially stable? All you have to do is to contact us for more information on how to get started and get the loan you desire. This offer is open to all that will be able to repay back in due time. Note-that repayment time frame is negotiable and at interest rate of 3% just email us (urgentloan22@gmail.com)
May 1, 2017 at 2:21 PM 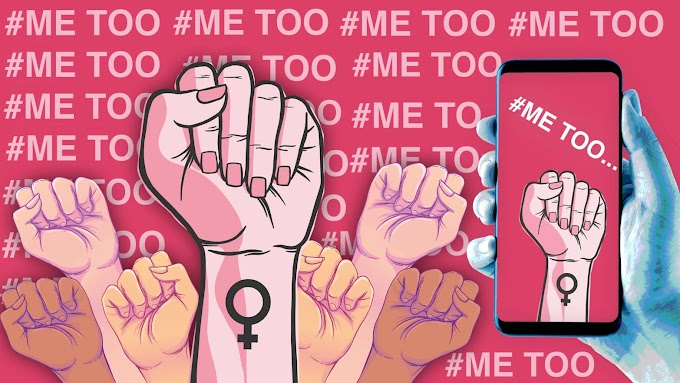