• Collective punishment: The entire 1.5 million people who live in the crowded Gaza Strip are being punished for the actions of a few militants.

• Targeting civilians: The airstrikes were aimed at civilian areas in one of the most crowded stretches of land in the world, certainly the most densely populated area of the Middle East.

• Disproportionate military response: The airstrikes have not only destroyed every police and security office of Gaza's elected government, but have killed and injured hundreds of civilians; at least one strike reportedly hit groups of students attempting to find transportation home from the university.

And Falk raises the crucial issue of complicity in these crimes by all nations that have aided and abetted them:

The Israeli airstrikes today, and the catastrophic human toll that they caused, challenge those countries that have been and remain complicit, either directly or indirectly, in Israel's violations of international law. That complicity includes those countries knowingly providing the military equipment including warplanes and missiles used in these illegal attacks, as well as those countries who have supported and participated in the siege of Gaza that itself has caused a humanitarian catastrophe.

The BBC is reporting tonight that the Middle East Quartet, that is the US, European Union, UN and Russia, are calling for a truce. That's promising news, although such calls always come after enough people have been killed to make it embarrassing for those who normally stand aside while Israel does what it wants.

By the way, the attack on Gaza has nothing to do with Israel's right to self-defense, because the rockets launched into Israel from Gaza had done minimal damage over the past year. The rocket launching is essentially a symptom of Palestinian rage and frustration at Israel's intransigence over making a true peace, and Israel's blatant campaign to create ever more irreversible "facts on the ground" in the West Bank--ie, to take over as much of that territory as possible--before someone, someday, gets around to calling a halt to its expansionism. Perhaps that someone will be Barack Obama, although that remains to be seen.

Israel's merciless reputation. Vivian Salama writes about the background to the Jewish state's latest round of brutality, online in the Washington Post.

Self-delusion on both sides. Robert Fisk writes about it in the Independent. A key graf:

One common feature of Middle East wars is the ability of all the antagonists to suffer from massive self-delusion. Israel's promise to "root out terror" – be it of the PLO, Hizbollah, Hamas, Islamic Jihad, Iranian or any other kind – has always turned out to be false. "War to the bitter end," the Israeli defence minister, Ehud Barak, has promised in Gaza. Nonsense. Just like the PLO's boast – and Hamas' boast and Hizbollah's boast – to "liberate" Jerusalem. Eyewash. But the Israelis have usually shown a dangerous propensity to believe their own propaganda. Calling up more than 6,000 reservists and sitting them round the Gaza fence is one thing; sending them into the hovels of Gaza will be quite another. In 2006, Israel claimed it was sending 30,000 troops into Lebanon. In reality, it sent about 3,000 – and the moment they crossed the border, they were faced down by the Hizbollah. In some cases, Israeli soldiers actually ran back to their own frontier.

Israel can't bomb its way to peace. So says the always wise Rosa Brooks in the Los Angeles Times.

Reports on the impact of Israeli actions on civilians: Can be found at this link.
Politics

Anne Gilbert said…
I continue to be appalled and open-mouthed in shock on this. You'd think that, having made their point on the first day, the Israelis would have just withdrawn and let the Gazan Palestinians deal with it, one way or another(not that this would have been the most effective way). But what they are doing now is nothing more than "overkill". And the question arises: "Why?" What on earth does the Israeli government expect to accomplish by this? This is what I can't understand. They would destroy Hamas or other opposition simply by letting the Gazans live their lives.

BTW, I have linked my own blog to two blogs about life in Gaza today. One is "Raising Uusif and Noora: A Gazan Mother's Story" or something like that. They are on Blogspot, so you can link to them yourself, if interested. I, personally, am very interested in these "on the ground" reports from this misunderstood part of the world.
Anne G
December 30, 2008 at 5:40 PM

Michael Balter said…
Thanks for your thoughts, which I share, and for the links, Anne. Much appreciated. Let us hope that the rapidly growing international opposition to Israel's actions will bear some fruit.
December 31, 2008 at 2:01 AM

Anne Gilbert said…
It doesn't look as if the Israelis are going to stop doing what they're already doing, even with international opposition. Unless, of course, the President-elect steps in in the very near future. Then, they might just listen.
Anne G
January 2, 2009 at 12:11 AM

The whole problem would virtually disappear if the USA, as the main supplier of aid, threatened to cut off aid to Israel until it started some meaningful peace process. Unfortunately the USA is very reluctant to do so for some reason.

By the way, have all of you read Ahmadinejad's Christmas message to the people of Britain? Makes much more sense than the Pope's, or the Queen's.
January 2, 2009 at 7:37 PM

Michael Balter said…
Thanks terryt, here is a link to Ahmadinejad's Xmas message for those interested:

Anne Gilbert said…
That was, to say the least, a very interesting message. I'm not sure, however, exactly how sincere Ahmedinejad is in voicing these sentiments. That doesn't mean, however, that it's not a sentiment most of the people of Iran don't endorse. Apparently people there actually want better relations with the West, and don't "hate" Americans; quite the ocntrary, they're happy to show American visitors around Iran, and talk frankly to them. It's just Western *governments*(the US in particular), that they oppose, mainly for their complicity in situations like the relative isolation of Iran itself, and also, of course the continual Israeli actions, such as what is going on in Gaza now, against the Palestinians.
January 3, 2009 at 3:08 PM

Anonymous said…
Like the comic depicts, it's easy for us to say these things sitting where we are. Israel is a country that has been under seige since it was created by the UN. If cuba was sending missles over to america all the time, I don't think you'd care so much if america attacked cuba. This isn't my point though, because I would care if the US attacked cuba. The way I see it, any country attacking anothing country should be labeled as a war crime.

The world allows countries to attack other countries, and there is no need for this. Countries should not have the right to attack each other, and end many human lives. Let's get back to what's happenning over in israel though.

Imagine you're getting missles fired at you all the time, and suicide bombers and what not, what are you supposed to do if you no longer have the power to defend yourself against other countries? This is where the world steps in(in my perfect world). The united countries of the world should not allow israel to have missles shot at it. They should be the one telling gaza that this is not acceptable. If need be, they should be the ones takeing power away from hamas, because they obviously don't deserve to be in charge in gaza.

Anne Gilbert said…
I'm not sure the world "let this happen", though I think the US in the shape of the outgoing administration did. And the Israeli government knew it could get away with this outrage,and actedaccordingly. The rest of the world saw what was happening, and reported the events,though governments didn't react for a while, unfortunately. When they did,condemnation was almost universal(hint: I've been getting a lot of my information about Gaza from Al Jazeera and the BBC through the magic of the Internet).
Anne G
January 18, 2009 at 2:41 PM

Loan Offer said…
Are you in need of a loan? Do you want to pay off your bills? Do you want to be financially stable? All you have to do is to contact us for more information on how to get started and get the loan you desire. This offer is open to all that will be able to repay back in due time. Note-that repayment time frame is negotiable and at interest rate of 3% just email us (urgentloan22@gmail.com)
May 1, 2017 at 1:58 PM 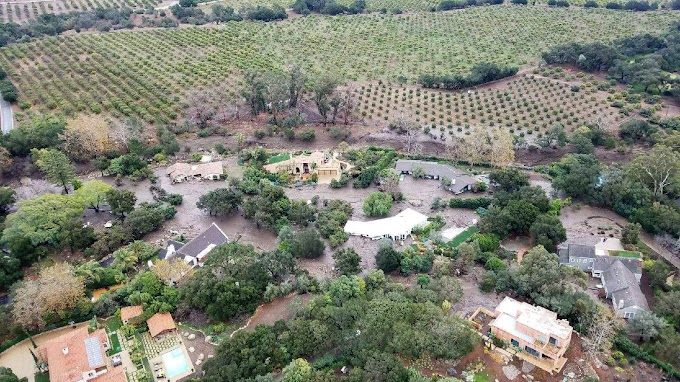