We gambled the future of our country on a deeply flawed candidate, and we lost

Michael Balter 11/09/2016 07:14:00 AM
In August 2014, I took an oath that I would never vote for Hillary Clinton under any circumstances. There are witnesses. Why? Because her reaction to Israel's invasion of Gaza that year--which left well over a thousand civilians dead, including several hundred children--was as cold and heartless as could be imagined. She staunchly defended Israel and never once, that I was able to tell, expressed any--any--regret about the deaths of the children nor the adults. I found that hard to believe, and still do, but as much as I have searched for an expression of those regrets I have never found them. If any readers of this blog can uncover such sentiments, please forward them on and I will correct this. But the main point is that she cheered on Israel in one of the most murderous campaigns it had ever conducted, one that much of the rest of the world was condemning. And she continued to take the same position when she debated Bernie Sanders on the matter this past spring.

My antagonism towards Clinton, which was based on her politics and not her gender, goes back a long way. She defended nearly every retrogressive policy of her husband, former president Bill Clinton, including "welfare reform" and racist anti-crime policies (perhaps that's why African Americans did not support her with huge enthusiasm in this election, many remember the "super-predator" comment and other statements. Apologies or not, they remember.) As for her vote to support the war in Iraq, is there any doubt that she did that--reportedly at the urging of Bill--as an opportunistic move to protect her reputation as a possible future Commander-in-Chief? In other words, she voted to sacrifice the lives of thousands of Iraqis and Americans to preserve her options as an eventual presidential candidate, without seriously studying the matter, and without heeding the wisdom of those brave few legislators who saw through the Bush bullshit on WMD.

Similarly, she failed to back same-sex marriage and a serious minimum wage until political considerations pushed her into it, and she only adopted more progressive positions this year as Bernie Sanders began to seriously challenge her during the primaries.

(An aside about Bill Clinton: His affair with Monica Lewinsky would be recognized by many of Hillary's supporters as a non-consensual sexual relationship due to its severe power imbalance. But somehow the idea of having Bill in the White House doesn't phase many of them--yet it's a powerful negative image for Republican voters, including those who don't necessarily approve of Trump's sexist words and deeds.)

When Hillary won the primary, I went back on my vow never to vote for her. Of course I did not want to see Trump win. But I feared, as did so many of us who supported Bernie, that her candidacy would hand us a Trump presidency. It didn't matter that Bernie himself might have difficulty defeating Trump. Clinton was a known quantity with serious baggage and negative ratings as bad as Trump's. Her candidacy was a disaster waiting to happen, and it did. That's because so few of us liberals and progressives were willing to believe that we could so misread the American public--yet we did, as did so much of the news media.

During the past months I refrained (usually) from criticizing Clinton online, even though I knew that the minute she won honest progressives would have to start doing it again. We would need to hold her feet to the fire and insure that she became the president she was promising to be--even if that meant alienating some of her most fervent supporters, to whom all her clear flaws were inventions by right-wing activists and politicians (those pesky emails would never have given Comey a chance to sabotage the election if she had not used that private server in the first place, a glaring symptom of her deep character flaws and her selfish approach to her brand of entitlement politics.)

Moreover--and here is where I am bound to get into serious trouble, but it needs to be said--the kind of take-no-prisoners feminism that was clearly out to intimidate anyone who raised questions about her character left little room for serious discussion. That kind of rhetoric has now seriously backfired, with its dishonest talk about "Bernie Bros" (almost all my women friends voted for Bernie, and the great majority of Bernie supporters voted for Clinton) and its bullying approach. Just today I came under fire from some feminists on Facebook because I dared to suggest that Clinton was a seriously flawed candidate, despite my concrete track record as a fighter (journalistically) on sexual misconduct issues.

We desperately needed a woman president, to right the wrong of more than 230 years of exclusive male rule. We needed an anti-sexist, anti-racist candidate who had the interests of all Americans at heart, especially after 8 years of a frankly very disappointing Obama presidency. I actually thought, as election night approached, that Clinton might be that candidate; that she might, with her mixture of long-time liberal politics and pragmatism, actually succeed where Obama mostly failed. But I was only fooling myself. Of course, Trump was able to tap into a thick, venomous vein of racism and sexism to secure his victory. If I thought Hillary Clinton was the right person to counter that, I was forgetting who she really was. Those fellow Americans who voted for Trump include racists and sexists, to be sure, but they also include millions who didn't have any illusions about Clinton and could not bring themselves to vote for her. They did not forget who she was. Like it or not, they will have to be taken into account in any plans that progressives and liberals think they might be making for the future.

For now, however, we are the losers, Bigly.

Update: I was glad to see Frank Bruni express regrets about Clinton's candidacy, and criticisms of the judgements it represented, in the New York Times. A key quote:


"There was an arrogance and foolishness to lining up behind Hillary Clinton as soon as so many Democratic leaders did, and to putting all their chips on her.
She fit the circumstances of 2016 awkwardly, in the same way that Jeb Bush did."

Anonymous said…
Thanks for this. I hope if there is a silver lining it will be that some in my social and economic class (academics) will question a political strategy largely based on sorting people into "good" and "bad" with no plan for mobilization.
November 9, 2016 at 12:03 PM

Anonymous said…
I agree. She was a deeply flawed candidate and she ran a terrible campaign. Right now, I hope she will find a place from which to comment and work against Trump, but please not to ever run again.
April 15, 2017 at 1:45 PM 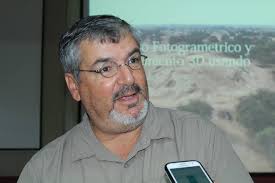