Since fall 2015, in collaboration with victims and survivors who have served as primary sources for my stories, I have had the privilege of publicly exposing the following men and women accused of sexual assault, harassment, or bullying. This list does not include a few individuals that I have named on social media, but all allegations I make publicly always based on multiple and credible sources including victims and survivors. The following links refer to my first public mentions of these individuals.

While I started off investigating sexual misconduct for Science and The Verge, I eventually moved most of my #MeToo reporting to my blog. In a September 2019 article for the Columbia Journalism Review, I explain that decision and the criticisms of media coverage of misconduct that led me to go that route.

Brian Richmond, formerly of American Museum of Natural History. Richmond was accused of sexual assault by a colleague he supervised, but the museum did little until Science began an investigation. He was eventually forced to resign.

Robert Baker, Texas Tech, emeritus. Baker had a long history of sexual harassment of students which was only publicly exposed upon his retirement.

William Hylander, formerly emeritus, Duke University. Hylander is another anthropologist with a long history of sexual harassment, about which nothing was done until he was already emeritus. A Title IX investigation ended with him being stripped of his emeritus status at Duke.

Ron Clarke, University of the Witwatersrand. Clarke was given a zero tolerance warning by Wits after evidence surfaced that he had sexually harassed graduate students.

Steven Churchill, Duke University. Churchill was forced to step down as anthropology department chair at Duke after at least one inappropriate relationship with a student.

Rob Blumenschine, Rutgers University. He was given a zero tolerance warning by Wits, with which he was also affiliated, in the same procedure that looked at Ron Clarke's behavior (see above.)

Nick Longrich, University of Bath. Longrich was removed from supervising graduate students after being found guilty of bullying students at Bath. He lost a large Leverhulme Trust grant as a result.

David Lordkipanidze, Georgia National Museum. Lordkipanidze, according to a number of women who talked to me about their experiences with him, committed multiple sexual assaults on women and harassed many more. Amazingly, despite the weight of evidence against him, the IPHES human evolution institute in Tarragona, Spain has now promoted DL to president of its Scientific Advisory Board. This is unlikely to go unchallenged.

Rod Scott, University of Bath. Scott had a long history of sexual harassment of students at Bath. Scott took his own life in December 2018, while being investigated for this behavior.

Stephanie Diezmann, formerly University of Bath, now University of Bristol. Diezmann bullied multiple students although she was let off the hook after an investigation by Bath.

Luiz Loures, formerly of UNAIDS. Loures allegedly sexually assaulted his colleague Martina Brostrom during a meeting in Thailand. An internal investigation let him off the hook, but an external investigation found that senior UNAIDS leaders created a culture of harassment and abuse of power at the agency.

Jean-Jacques Hublin, Max Planck Institute for Evolutionary Anthropology, Leipzig. Hublin was accused by a student he had an affair with of sexual misconduct and misleading her about his marital status. Other former students have accused him of harassment, and he also allegedly fired a postdoc in his lab when he began dating Hublin's secretary (of whom he was reportedly very fond.) More recently, Tanya Smith, a highly respected biological anthropologist now at the University of Griffith in Australia, has published her story about how Hublin tried to wreck her career over many years because she did not toe the line about his insistence that no one could ever be independent of him.

David Yesner, University of Alaska, Anchorage. (I did not break the initial story on this case, but followed it for months and I am doing followup. Yesner became a major flash point when he showed up unexpected at the SAA meetings in Albuquerque.)

Fethi Ahmed, University of the Witwatersrand. Ahmed was dismissed as head of the Wits School of Geography, Archaeology, and Environmental Sciences after being found guilty of gender-based bullying of seven complainants. His dismissal was upheld on appeal.

Randall White, New York University. Suspended from NYU for a year in the 1990s for a long history of sexual harassment, the whole episode covered up by the university, but not forgotten by those who suffered. I have called upon White to come clean about what he did and the effect it had on young researchers as he retires in August.

Kevin Folta, University of Florida horticulture department, and leading biotech advocate. Although Folta is best known for extensive conflicts of interest in his self-proclaimed role as a "science communicator," there are also multiple witnesses to his having abused his ex-wife while they were married. He was forced to step down as chair of the department in the wake of those revelations.

Alan Cooper, ancient DNA, University of Adelaide. Bullying, harassment, unethical behavior. The university launched a "culture check" as a result of publicity about the case and victims coming forward; that inquiry led to Cooper's suspension as director of the lab pending disciplinary action. Update Dec 20, 2019: Cooper has been fired.

James Doughty, University of Bath. A good friend and enabler of the late U of Bath researcher and sexual predator Rod Scott (see above.) Harassment and sleeping with students.

Michael Alvard, anthropology, Texas AM. Ethical issues with requiring students to participate in a study involuntarily, bullying and threatening students who expressed concerns about it. Reprimanded, Jan 2021.

Richard Martin, cultural anthropologist, University of Queensland. Long history of sexual harassment, of which the university is well aware. More to come.

Danielle Kurin and Enmanuel Gomez Choque, University of California, Santa Barbara. Sexual harassment, sexual assault, and retaliation against students who reported it. An updated report on later events can be found at this link. Kurin has now sued me for defamation. GoFundMe link with updates here.
Update July 2021: The lawsuit is now settled with an agreement between the parties.

Alan Lee, graduate student in the University of Wisconsin-Madison anthropology department. Sexual predation, threats against those he suspects of outing him.

Ran Boytner, Executive Director of the Institute for Field Research. Sexual harassment, bullying, racism, sexism, and enabling of sexual assault at one of the archaeology field schools he directs. Update June 2020: Boytner has been fired as IFR executive director by its governing board.

Peter Rathjen, most recently Vice-Chancellor and President of the University of Adelaide in Australia. Sexual predation over many years, protecting a pedophile. Forced to step down after a major corruption investigation that has, as they say, rocked Australia.

Sam Gue, formerly with University of Adelaide dental school and Women's and Children's Hospital in Adelaide; forced to resign for a years-long history of sexual harassment and bullying. More to come soon.

Luis Jaime Castillo Butters, an Andean archaeologist at the Pontifical Catholic University of Peru, former Peruvian culture minister, accused of bullying, sexual harassment, sleeping with students. Castillo's activities have come to light as a result of an investigation by The Harvard Crimson into misconduct by a close collaborator of his, Harvard anthropologist Gary Urton. The survivors of Castillo's abuse have issued a powerful statement about their experiences.
Update Feb 27, 2021: A special sexual harassment commission appointed by PUCP found strong evidence that Castillo had indeed committed sexual harassment, but was unable to recommend discipline due to technical issues.
Update Oct 13, 2021: Castillo’s membership in the U.S. National Academy of Sciences has been rescinded after a misconduct investigation.

Geoffrey Braswell, UC San Diego anthropologist. Aggravated sexual harassment. Developing story, but when three survivors come to me independently to tell me their stories, it's time to call an abuser out.

Necmi Karul, head of the prehistory department at Istanbul University, and director of important excavations in Turkey including early Neolithic Gobekli Tebe. Sexual harassment, charges filed in July 2020. Update July 16, 2020: The allegations have now broken into the Turkish press. Update July 31: My post on the accusations including a detailed letter from one of the victims translated into English.
Mark Siddall, former curator at the American Museum of Natural History. The museum did the investigation, although it took them years of complaints to get around to it; I was tipped off some months ago and kept updating the story as it went along. Now he is gone.
Aaron van der Reest. Former student of famed dinosaur maven Philip Currie at University of Alberta, now at University of Saskatchewan. Sexual harassment, sexual assault, passed from one institution to another.
Brian Pratt and Bill Patterson of the University of Saskatchewan Geological Sciences department. Details to come.

Anonymous said…
I was wondering why one of your entries here doesn't have a hyperlinked story or post from your blog? Is it forthcoming?
July 20, 2020 at 6:08 PM 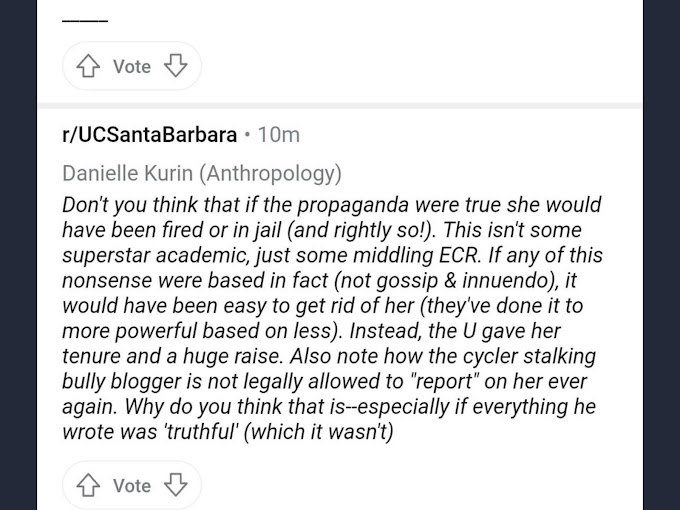